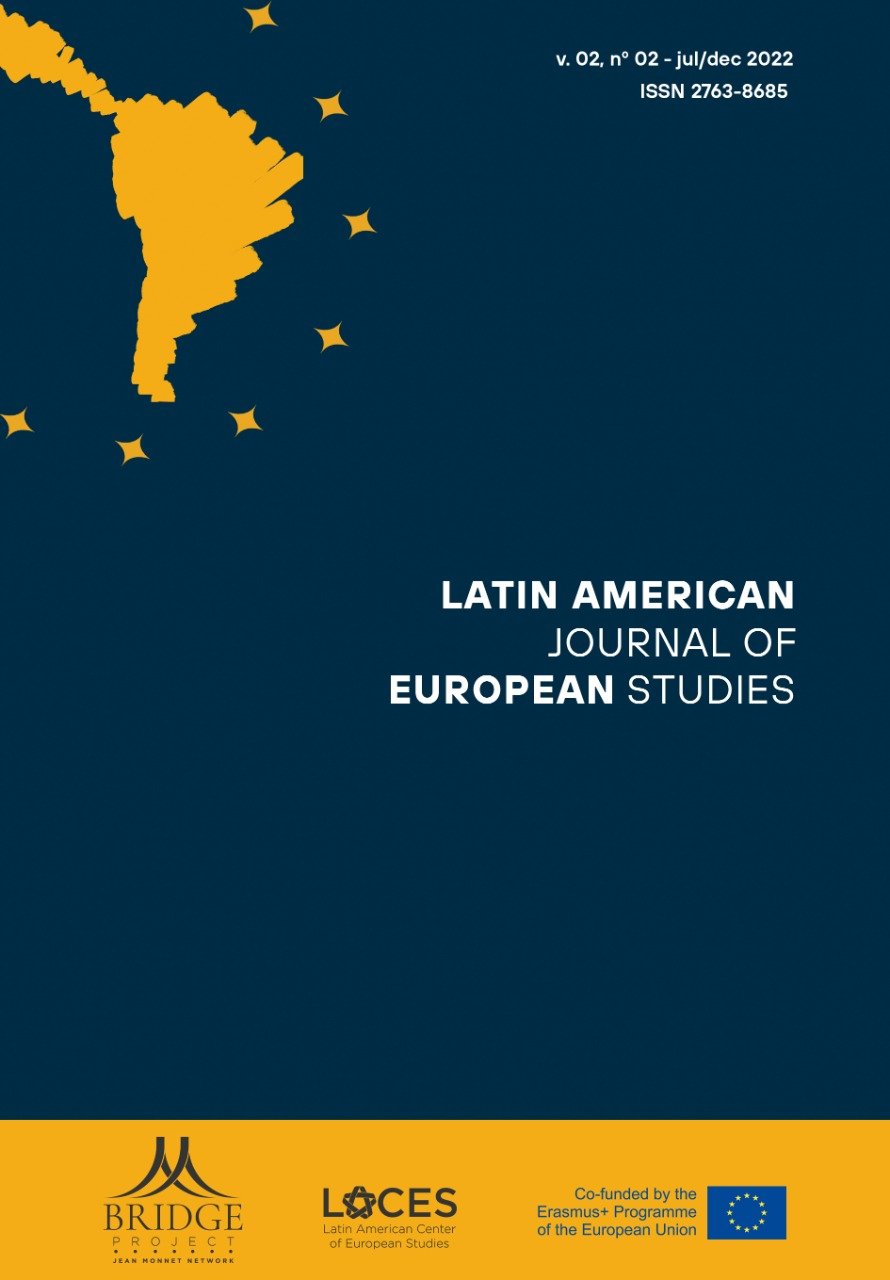 The Latin American Journal of European Studies (ISSN 2763-8685) is a publication of the Latin American Center of European Studies, created from the BRIDGE Project of Jean Monnet Network with funding from the Erasmus + Program of the European Commission. With a focus on the editorial lines on European Union Law and Policies and International Relations of the European Union with third countries and Latin America, the fourth edition of the Journal also has a thematic dossier on Dialogues on economic and sustainable development between the EU and third countries, organized alongside Walter ArĂ©valo-Ramirez from Universidad del Rosario (Colombia). The fourth edition of the Journal is open for submissions until November 1st, 2022.